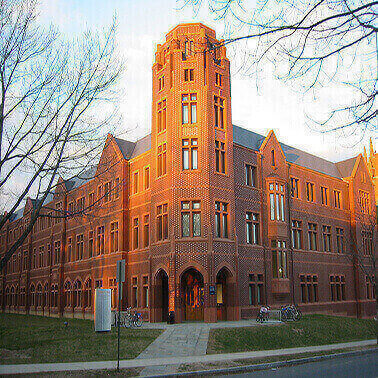 Statement of Intended Research together with a Title. This should be about 500 words, one-two pages, on any area of the syllabus and should indicate some familiarity with the context of the proposal and research methods to be employed including each of the following elements: a clear, well thought-out title; an explicit reference to the methods of research to be used (e.g. archival, discourse-analytical, empirical – whether quantitative, interview, or survey), references to the relevant literature of which you are already aware, or which you expect to be able to consult; reasons why Cambridge is, in your view, a particularly appropriate research institution within which to carry out this research, including the presence of specific individual scholars with expertise in the field of your proposed dissertation, and whose supervision you would welcome (though note we will search for an appropriate Supervisor)

Cultural Foreign Policy in the U.S. and China: The Efficacy of and Applications for the Arts as Diplomatic Tools

The intellectual rigor of the University of Cambridge, the breadth of its International Relations program, and the opportunity for self-directed specialization make it not only the most desirable atmosphere for academic study, but also a natural complement to my own training, which has largely been characterized by multidisciplinary pursuits. Ultimately, I intend to combine my work in International Relations with my background in the arts to develop more integrated applications of the arts in cultural foreign policy structures internationally. The experiences during my yearlong traveling fellowship urged me to continue developing ideas for the integration of the fine arts in political international forums, and further, to study the methods of foreign policy creation in order to assess the efficacy of the fine arts as tools in modern policies and diplomatic procedures internationally. The University of Cambridge compels students to develop individual voices through diligent research and expects excellence beyond academic achievement; the formal structures in place at the university are unparalleled and will provide support as I develop specialization in U.S.-China cultural relations, while working with premier faculty in the field will provide direction and guidance throughout my studies and research.

Of the six general fields of study in the Masters of Philosophy International Relations program, the most relevant to my pursuits will be International Politics, International History, and Foreign Policy and Security Studies. I have met with Drs. Christopher Hill and James Mayall personally, and both have encouraged my proposal for study at the University of Cambridge. Dr. Hill, with his specialization in Foreign Policy Analysis, will be an invaluable resource as I conduct analyses of foreign policy and write my thesis. Dr. Mayall, whose prolific writing career and vast practical experience in the field of international relations is virtually unmatched, will provide critical advice as I develop my specializations and research methods further. Dr. John Dunn’s interests in democracy in different parts of the world and re-conceptualization of modern political theory will help me understand how trajectories of modern states are considered and shaped. Dr. Mike Sewell’s expertise in the history of U.S. foreign relations will provide a solid foundation for beginning my graduate education and directing subsequent research. Dr. Robert Weatherley offers expertise in the realm of Chinese law; beyond direct engagement with him during my studies, his publications will aid in my thesis research methodology and execution. Other faculty, including Dr. Thomas Larsson, Dr. Amrita Narlikar, and Dr. Philip Towle, will help me consider broader applications of my ideas and research. The supervision of unparalleled scholars in the field of international relations will help me develop my academic voice and my professional direction. Working with the above faculty members at the University of Cambridge will allow me to engage on a deeper level about Chinese and U.S. foreign relations and develop innovative approaches to policymaking – representing the core of my research – and will also offer invaluable suggestions for the broader applications of my studies. Further, the academic distinction of the University Cambridge as a whole will stimulate my growth as a scholar, my ability to contribute to the community, and my development beyond the borders of the university.

I am a multifaceted scholar whose background intertwines international and language studies, musicology and music performance, and global contemporary politics. My experience as an American in China, from language immersion programs to the founding of the first Chinese-American International Piano Institute in Chengdu, represents my longstanding commitment to understanding and enhancing the relationship between the U.S. and China in a way that does not assume the stance of politics and culture as mutually exclusive systems. My experience as a musician, from consulting with the administration of foremost music schools in the U.S. on curricular redesign to solo performances, lecture-recitals, and research projects on five continents around the world, represents my innate dedication to multilateral communication and desire to develop applications for the fine arts in cultural-political realms. Earning a Bachelor’s degree in Music and East Asian Studies has equipped me with skills that will transfer not only to further academic study, but that will also translate to success in the professional arena. My intrinsic desire and ability to interact with people across international boundaries has been nurtured through extensive international travel and research, and fostered by professional relationships and institutional affiliations. In November 2009, at Beijing’s People’s University, I produced a concert bringing together Chinese and American musicians during a weeklong conference led by Stanford University. The conference, which focused heavily on political and economic forums for exchange, became a microcosmic example of how integrating the arts into reputed models of exchange ultimately enhanced cross-cultural communication. The concert not only drew a larger crowd than any other event during the week, but also spawned campus-wide conversation between Chinese students and American delegates from Stanford University, which many confirmed made the conference more impactful overall. Graduate study of the international system, especially during a period of pressing tensions between western nations and the rising power of China, will prepare me for contributions in cultural foreign policymaking in the U.S. and China. My practical and academic experience awards me an advantaged perspective upon entering graduate study, while the intellectual rigor of the University of Cambridge will provide essential training, stimulation, and preparation for meaningful contributions to the field of International Relations. Whether it is by obtaining a position in government or directing a corporation’s international development, my ultimate professional role will be determined by its propensity to allow me to make significant changes to the process of international discourse. I am eager to embark upon academic study of the international system at the University of Cambridge, which I see as an unparalleled opportunity not only for personal growth, but also for contribution to the community at-large.