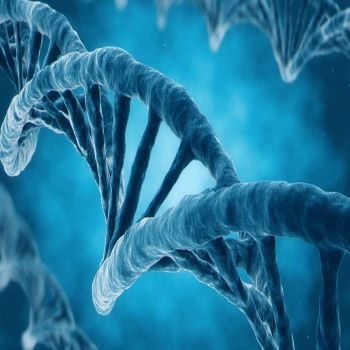 mRNA—or messenger RNA—is a molecule that contains the instructions or recipe that directs the cells to make a protein using its natural machinery. Since then, scientists have been studying mRNA for decades given its potential to be harnessed to prevent and treat a wide range of diseases. Early on, however, researchers encountered many obstacles. For example, mRNA was known to be unstable, to break down quickly before doing its intended job in the body, and to cause an unwanted immune system reaction.

mRNA science has given our R&D teams more ways to develop vaccines against different infectious diseases, and to keep pace with emerging health threats. mRNA technology platform helps researchers identify and select an mRNA code, develop the mRNA vaccine candidate, and ensure it can be delivered where it’s needed: to muscle cells in the body.

Researchers have been studying and working with mRNA vaccines for decades.

Because of its central role in protein production, mRNA is an attractive target for manipulating the proteins a cell makes without having to alter the cell’s DNA. Adding the appropriate mRNA to a cell can cause it to make a specified protein. This can be useful in treating and preventing many diseases. To develop the ability to do this, scientists had to work for decades to overcome many technical hurdles before realizing the promise of mRNA technology through its first successful commercial applications, the Pfizer/BioNTech and Moderna COVID-19 vaccines.

One of the most promising aspects of mRNA-based medicine is the relative ease of creating the mRNA. In particular, it is relatively easy to produce at commercial scale and has the potential to increase the adaptability of medical interventions, especially of vaccines. Producers of mRNA based vaccines can more easily modify their vaccines to account for antigen drift—genetic changes in a virus that produce a new strain—than traditional vaccine producers.

In medicine, mRNA transcripts are being developed as molecular biomarkers for the diagnosis and treatment of a number of diseases. These biomarkers offer early and more accurate prediction and diagnosis of disease and disease progression, and ability to identify individuals at risk. Use of microarrays also offers the opportunity to identify orthogonal (uncorrelated) biomarkers not known to be linked with conventional biomarkers. Investigators are increasingly using blood as a surrogate tissue for biopsy and analysis; total RNA isolated from whole blood is predominantly from erythroid cells, and whole blood mRNA share more than 80% of the transcriptome with major tissues. Thus blood mRNA biomarkers for individualized disease prediction and diagnosis are an exciting area in medicine; mRNA biomarkers in nutrition have potential applications that parallel these opportunities. Biomarkers based on mRNA levels, especially in blood, are an emerging and exciting area of research in medicine.

The mRNA vaccine technology and its success against COVID-19 have opened doors to explore its uses against a variety of diseases. This is because the makeup and delivery mechanism now provides scientists a basic template to target any virus. They can simply insert the code for a particular viral protein and stimulate your immune system against it. Given that the technology already exists, the turnaround for vaccines could be faster.

mRNA is a versatile tool that can be used for therapeutic protein replacement, gene editing, cell therapy, vaccines, and more. Nearly any protein can be introduced via mRNA, enabling cellular expression of gene editing tools or antigens as needed. Sequence engineering and chemical modifications such as modified nucleoside triphosphates (NTPs) used during in vitro transcription offer precise control mechanisms for mRNA performance. With rapid development timelines and scalable manufacturing, mRNA is an attractive solution for numerous therapeutic applications. Current mRNA therapeutics function either via direct, in vivo introduction of mRNA into the patient or by ex vivo use of mRNA to modify cells which are then injected. When mRNA is introduced directly it is packaged into a delivery vessel, such as lipid nanoparticles (LNPs), to facilitate its successful uptake into host cells. Organ-targeting delivery methods are an ongoing area of mRNA research.

Cell therapy uses “trained” immune cells to attack disease in the patient. The most well-known use of this approach is Chimeric Antigen Receptor T Cells (CAR-T). T cell progenitors are isolated directly from the patient for use in the therapy. Via in vitro translated mRNA, T cells are made to express chimeric antigen receptors that target a specific protein expressed by the patient’s cancer. When CAR-T cells are injected into the patient they will attack the cancer cells, promoting patient survival.

mRNA can be used to introduce non-native proteins into cells, including tools for gene editing such as the CRISPR-Cas family of nucleases. This enables scientists to quickly and inexpensively make targeted genomic changes in living cells. Variants on this technology such as DNA Base Editors offer improved precision of gene editing.

The research of whether mRNA technology can prevent colorectal cancer recurrence is still ongoing. Although surgery is established to be the basic treatment for many colorectal cancer patients, cancer cells can persist in the body after the tumour has been removed. The DNA secreted by these residual cancer cells into the circulation is known as circulating tumour DNA (ctDNA). Tissue from the tumour is submitted to a specialist lab, where it is examined for genetic abnormalities that promote cancer growth. Once the mutations have been detected, they are ranked from most frequent to least common, and an mRNA vaccination based on that ranking is developed. The mRNA informs the patient’s cells to make protein fragments based on the genetic alterations found in the tumour during testing. The immune system then looks for other cells that have the altered proteins and eliminates any remaining tumour cells.

mRNA technology was utilized by German researchers to lower disease activity in mice with Experimental Autoimmune Encephalomyelitis (EAE), a condition similar to multiple sclerosis. Immunosuppressive medicines are frequently provided to patients to treat their symptoms, however these drugs might have negative effects. As a result, the research team developed an mRNA vaccination that raised immune cell tolerance and decreased harm while maintaining normal immune system function.

The researchers effectively triggered tissue regeneration of olfactory nerve fibers and recovery of olfactory function in mice with olfactory abnormalities using mRNA for gene therapy. This opened the door for the use of mRNA as part of mRNA-based gene therapy in a variety of neurological illnesses.

The life-threatening Powassan virus has no recognised preventive or therapy. Although uncommon, this tick-borne virus that may cause encephalitis in people is prevalent across North America and Russia. A novel Powassan virus vaccine is made up of viral mRNA encapsulated in lipid nanoparticles, which results in subviral particles that stimulate an immune response and provide protection. The mRNA-based vaccine performed well against the Powassan virus, was highly immunogenic, and provided protection against various members of the Powassan virus family.

Several human diseases are due to the absence or decline in function of a certain protein. Therapeutic delivery of mRNA encoding the impaired protein can restore or improve function. When compared to standard protein therapy, this approach has several advantages, including longer treatment duration and natively processed protein. While protein therapy replaces secreted proteins, mRNA treatment replaces intracellular and transmembrane proteins, a variety of diseases that can be treated.

Some mRNA vaccines against diseases like HIV, Zika, and rabies are already in the human trial phase.

Other potential vaccine uses include: