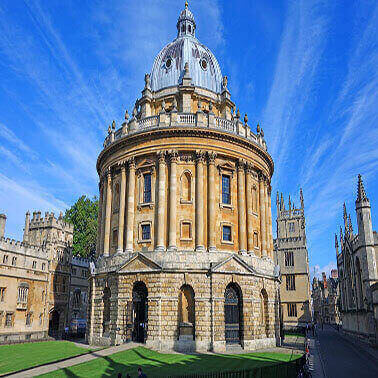 Students are expected to submit an initial research proposal at the time of application. The purpose of this paper is to assist the students to prepare the proposal. The final proposal is usually developed under supervision in the first semester of candidature and, therefore, the initial one is necessarily brief.

The initial proposal serves two purposes. First, it allows the Higher Degrees Committee (HDC) to assess the degree of preparedness of the student including a preliminary judgment on the potential scholarship of the student. Second, it allows the HDC to assign suitable supervisors for the project if at all. If suitable supervisors cannot be found, the application has to be rejected.  Some research projects may require material resources other than what MNU can afford to provide.

The expected length of the proposal is between 500 and 2000 words. The proposal may be double spaced in A4 Paper. About 6 to 10 pages are sufficient.  It is difficult to specify precise composition and length as some proposals can be long and fuzzy, and others short and clear.

A short search of the World Wide Web will indicate to you that the structure of the initial proposal varies slightly from one example to another. But, at the same time, you would notice that many contain the following elements, although the order of the parts may differ slightly.  Therefore, the following are not prescriptive; students may modify it to suit their particular research project or study.

Every research project is aimed at solving a problem. The introduction gives the necessary background to the research problem so that the reader can understand the context of what you plan to do.  Sometimes, the problem is linked to the available data or the lack of them, making a case for the significance of the research. You should expressly write the purpose of the research and, if possible, the research questions that would be answered by the study.  Most research is conducted to test a hypothesis or to seek answers to questions that you have raised.

The introduction section must outline the significance or the rationale of the study.  Unless the study is seen to advance the knowledge in an area, the HDC will not approve your application. Therefore, in this section you have to convince the reader that your study will not only answer the research questions or solve the problem you have raised, further the understanding in the area, and possibly lead to further research projects. Try to persuade the reader of the importance and the benefits of the project.

In this section you will normally write the detailed steps you would take to find the answers to the questions you have posed. The steps taken are sometimes preceded by considerations of theoretical and/or conceptual framework and how these considerations fit and guide your methods. You may like to include the dependent and independent variables, the sampling you would adopt, the data sources and the instruments used to collect the data. You may have to describe why you chose one method over another and one instrument over another. If you are going to use structured interviews, for example, you will describe how you will develop and pilot them.

This section describes how the data you collected using the methods proposed will be analysed to answer your research questions. You can mention the statistical or data analysis methods and packages you will be using if your data is mainly quantitative. If your research design incorporates elements of qualitative methods, you may describe what you would do to the data to tease out the conclusions.

Most students would conduct a brief review of relevant literature or, at least, outline the areas of literature that they wish to review. The purpose of the literature review is to demonstrate your knowledge of the topic and the key issues regarding the topic.  The review increases your familiarity with the topic and identifies the implications for your project. At the same time, it helps to place your study in the larger context of previous studies. The information is useful to the researcher in designing the study to avoid pitfalls and replication of previous studies. More importantly, it informs the HDC that the study is new, useful and extends the available knowledge on the topic – a requirement of any higher degree.

In some proposals the periods of time you would be engaging in various activities of the project are listed. This informs the HDC that the students is aware of the magnitude of the tasks and has a plan of action.

The limitations describe the practical or theoretical limits that are placed on the study, which are beyond your control. For example, if you wish to study obesity of grade‐7 children in the Maldives, it would not be possible to get data of the relevant cohort of the whole population. You may have to sample islands. Delimitations are what you wish to exclude for some reasons.  They are the limits that you determine.  Both limitations and delimitations restrict the conclusions you can draw from your data.

Initial proposals are written in a variety of formats. The above is for illustration only and may be adapted freely. Sometimes, the literature view and the limitations are discussed in the Introduction section. Methodology, Limitations and delimitations and Data analysis may be grouped together. Separate sections may be created for Research questions or Significance of study. Depending on the project, a section on Resources required may become useful. Often, the particular research project determines what headings you would use to structure your proposal.

Beginning research students are often anxious about page count. Again, the number of pages depends on the project. But as a guide, since the proposal is to be between 500 and 2000 words, we may suggest 1.5 pages for introduction, 2.5 pages for methodology, 3.5 pages for literature review and 1.5 for the rest. But, as you are free to merge different sections such numbers may be more distractive than helpful.

Remediation of Misconceptions about Chemical Equilibrium:  a CAI Strategy

The crucial role misconceptions play in impeding concept learning is well established.  Many studies continue to document misconceptions in various science topics. However, very few explanatory studies have been conducted to investigate the nature of conceptual change and stability. Practical instructional strategies based on conceptual change theories have not been fully researched and their curriculum implications remain in the realm of the unknown.

The purpose of this study is twofold. First, to develop a computer‐assisted instructional (CAI) strategy based on a model of conceptual change to challenge previously identified misconceptions in a topic which is generally found to be difficult to learn. Second, to determine the effectiveness of the developed strategy in a sample of 500 Year‐12 students who have misconceptions in that area. The topic area chosen is chemical equilibrium– an area in which earlier researchers have identified 14 different misconceptions. (Hackling & Garnett, 1985). Chemical equilibrium is recognized as of the most difficult topics of

Chemistry at school level. Non‐traditional methods of remediating misconceptions, especially the use of CAI, have not been pursued. This study, therefore, may suggest useful ways of teaching this topic. Additionally, the study may contribute towards improving the way students are taught and curriculum materials are produced.

More specifically, the research questions of the study are the following:

In this study, I propose to use a mix of quantitative and qualitative methods to gather data. The incidences of misconceptions are more amenable to data collection by quantitative methods.  Participant observation, interviews and reflection are more suited when the data need to be richer, as for example, in the case of attitudes to use the CAI package.

The subjects for this study will be Year‐12 students in Western Australia studying for the School Board examinations. My plan is to sample all schools where there are Year‐12 students and computer laboratories.

CAI PackageThe CAI package will be developed to address each misconception identified by Hackling and Garnett (1985). The nature of the misconception will be analyzed to identify the chemical propositions misunderstood by the students. Then the strategy of Posner et al. (1982) would be implemented to bring about the conceptual change.

Procedure Students will be exposed to traditional instruction in chemical equilibrium and then tested to identify misconceptions. Students will then work through CAI package. A post test will be administered. The data from these will be triangulated by interviews with students and teachers. Control groups may be used.

The data will be analyzed by statistical packages, interviews transcribed, and coded to obtain the outcomes.

Issues with the study include the validity of generalization given that a particular topic is used. Further, the novelty effect and visuals may make the material easier to recall.

In the past two decades researchers have found out that by the time students meet scientific explanations of natural phenomena in the classroom, they have already developed their own naïve explanations of these phenomena. Further, these preconceptions are often at odds with scientific explanations, resistant to change and impede the acquisition of scientifically correct conceptions (Cosgrove & Osborne, 1985).  Researchers have catalogued these misconceptions in many topics of science, found their nature and acquisition, persistence and change (Posner, Strike, Hewson & Gertzog, 1982; Osborne and Witrock , 1985).

White (1988) defines concept as a collection of memory elements that together can be grouped under a label and the pattern of the links between the elements (p.24).  Concepts that differ from scientifically correct ones have been variously called misconceptions, preconceptions and alternate conceptions (Pines & Leith, 1981). Novak (1988) noted that misconceptions are learnt very early in life from daily experiences. Hashweh (1986) has given explanations for the persistence of misconceptions.

Misconceptions about chemical equilibrium are found to be common in high school students (Hackling and Garnett, 1985). In particular, Camacho and Good (1989) and Hackling and Garnett (1985) have found over 14 misconceptions in chemistry students.  Because misconceptions are highly resistant to change, they are likely to persist into adulthood unless successful intervention strategies occur. According to Posner, et. al. (1982) there are four important conditions for conceptual change: (1) there must be dissatisfaction with the existing misconception as result of accumulated store of unsolved puzzles and anomalies;  (2) a new conception must be intelligible to the student; (3) a new conception must appear initially plausible and (4) a new conception should lead to new insights and discoveries.

Hashweh (1986) proposed a model of conceptual change which stressed the conflict between misconception and scientific conception within the cognitive structure itself. Van Hise (1988) suggested a method of engendering conceptual change based on three steps: (1) provide opportunities to make student ideas explicit and give them opportunities to test those ideas; (2) confront them with situations where their misconceptions cannot be used as explanation, (3) help them accommodate the new conception by providing opportunities to test them and experience their fruitfulness.

Several researchers have suggested the use of computers in conceptual change instruction (Reif, 1987). The unique capabilities of computers can be exploited to implement instructional strategies impossible with other teaching methods. They include the capability to show time‐dependent processes, dynamic graphics and maintain records of student activity on the package. They can also focus on particular misconceptions depending on student. Thus, it seems very plausible that a computer package especially developed to teach chemical equilibrium can effect conceptual change in students using them.  Time Table for Completing the Thesis

Time Table for Completing the Thesis