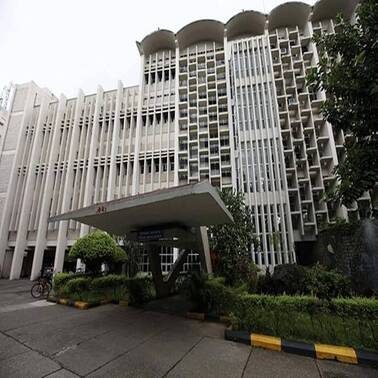 TITLE: WHAT SECTORS CAN BE ENGINES OF GROWTH? AN ANALYSIS OF MANUFACTURING IN INDIA

The manufacturing sector is the engine of growth according to the traditional economic literature, and the impetus to growth in developed countries emanated from this sector. Recently doubts have been raised over the continued importance of the sector for economic development. It is especially due to the faster growth of services than that of manufacturing in many developing countries. Evidence shows that the share of services in gross domestic product (GDP) in the developing economies has increased from 34.1 percent in 1970 to 50 percent in 2008 (UNCTAD, 2009). The jobless growth in the formal sector even in fast growing countries such as India and a large expansion of the informal sector in both fast growing and slow growing developing countries have also contributed to this scepticism. Does this mean that the service sector has replaced manufacturing as a new engine of growth? However, empirical evidence on this is scanty. Thus, it is pertinent to re-examine the role of manufacturing as a driver of growth in developing countries.

STATEMENT OF THE PROBLEM

The conceptualization of economic growth has seen a sea change in recent past. The traditional neoclassical growth models have given way to endogenous growth models where idea of perfect competition, decreasing returns and exogenous technology yielded to more realistic characterization with firms having market power, scale economies and investing in R&D to determine technology endogenously. In this new characterization, manufacturing plays a pivotal role as it is the locus of technological change (Cornwall, 1977). There are several other arguments, which though need empirical verification in the current scenario of increasing use of information and communication technology (ICTs), yet suggest how manufacturing can be an engine of growth.

In recent economic growth literature, issue of ‘convergence’ of countries is keenly debated (Baumol, 1986; Barro and Sala-i-Martin, 1991, 1992; Mankiw et al., 1992; Loayza, 1994; Sala-iMartin, 1996, 1994; Pritchett, 1997). The traditional neoclassical model, under the assumptions of access to similar technology, comparable saving-rates and an identical rate of labor force growth, predicts that due to decreasing returns to capital accumulation, convergence in GDP per capita will more or less automatically occur. Needless to say, that this notion does not consider the relevance of investment or other supporting factors required to catch-up, which Cornwall (1977) and other researchers working on endogenous growth models have considered imperative. Perhaps due to these contrasting views only, literature on convergence has spawned in the last two decades. Incidentally, the standard assumptions of neo-classical model can be satisfied at sub-national level, where different regions or states have not only access to the same technology, but also governed by more or less similar credit availability, labour supply. This implies that testing for convergence hypothesis and whether manufacturing acts as an engine of growth is less controversial at the subnational level.

Under this backdrop, the present study aims to find whether manufacturing has acted as an “engine of growth” at sub-national level in India. The analysis at the sub-national level assumes added importance, as the impact of 1991 reforms has been quite differential. Some of the industrialized states like Gujarat, Maharashtra or Tamil Nadu have grown faster than the states like Uttar Pradesh, Bihar or Madhya Pradesh (average growth rate of 5.7% vis-à-vis 4.1% of the latter states during 1991-92 to 2003-04).

In this study we specifically ask:

1) Is there any evidence that manufacturing has acted as an “engine of growth” for the Indian states?

2) What role has been played by the dynamic sectors in industrialization?

According to Pollard (1990), industrialization is a single process in which individual countries have followed different paths depending on their initial conditions and moment of their entry. There exist ways to find out whether manufacturing is engine of growth or not. These include using growth accounting techniques and econometric analysis (Szirmai, 2008). In growth accounting techniques, the contribution of growth of manufacturing is found for a given growth rate of national income. The contribution obtained from these techniques is often an underestimation as they do not take various external effects and spillovers into account of dynamic sectors like chemical, machine tools etc. These spillover effects are better captured with econometric techniques. This study will be using econometric techniques to find out whether manufacturing is an engine of growth or not. The study will be employing the conceptual framework proposed by Cornwall (1977), and later improved by Fagerberg and Verspagan (1999). Besides, the study will be also computing total factor productivity (TFP) growth for manufacturing industry using a recently developed technique – Levinsohn and Petrin (2003) – that corrects for the simultaneity bias normally associated with production function estimations.

The study will be based entirely on secondary data. The focus will be on the entire manufacturing sector (organised + unorganised) for the period 1994-95 – 2005-06. The study will be conducted at the sub-national level focusing on 15 major Indian states. The states to be included are Andhra Pradesh, Assam, Bihar, Gujarat, Haryana, Karnataka, Kerala, Madhya Pradesh, Maharashtra, Orissa, Punjab, Rajasthan, Tamil Nadu, Uttar Pradesh, and West Bengal.

DATA FOR THE ‘ENGINE OF GROWTH’ ANALYSIS

Not many studies have examined the role of manufacturing sector as an engine of growth for the Indian economy and in this sense, it would be a useful addition to the existing literature on the sector. Such an analysis would throw more light on the recent scepticism on the continued importance of the sector for economic development. The efforts to theoretically map out the channels of sectoral contributions to overall growth would provide a basis for analysing the differential contributions of different sectors of Indian manufacturing. Furthermore, an assessment of what primarily hinders growth can provide a useful guide to prioritise sectors that are typically relevant to inducing or supporting growth in relation to that hindrance.