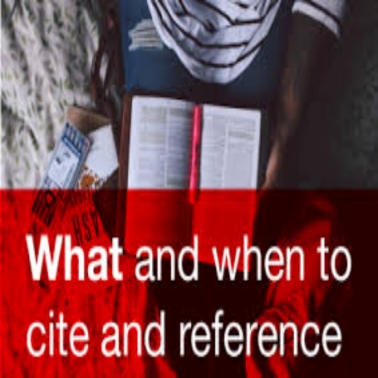 1. Citations by names of authors, the Harvard system: references arranged alphabetically at the end.

2. Citations by numbers, the Vancouver system: numbered list of references at the end.

Eg: Peer review is a major mechanism for selecting significant and reliable scientific contributions from among the growing number of dubious submissions to scholarly journals. In addition, comments and recommendations from reviewers contribute to improving the reviewed contributions.1

Sometimes, Citations in text, both Harvard and Vancouver are combined.

The following details should be taken care and it can vary based on your target journal.

Harvard-style citations permit only the last names (family names or surnames) of authors, neither first names nor initials. However, use initials to separate authors with the same last name when the year is also the same, as in the following example.

It was established (M lyer, 2014) that although rural Indian households use LPG, they do not replace fuelwood. Therefore, the better option to decrease the land required for cooking-fuel by using an improved cookstoves, which can reduce  fuelwood use by one-third (R D lyer, 2014).

Following are some of the sample instructions/ examples preferably used in most journals. As previously said, don’t forget to stick on to your target journal.

The myth that spinach is a good source of iron was born in the 1930s, due to a misplaced decimal that put the concentration at ten times the real value (Hamblin 1981, as cited in Larsson 1995). This paper by Hamblin does not appear in the list of references; the paper by Larsson does.

Difference between references and bibliography

Warning from a journal

While formatting references, the following things need to be noted down.

1. Elements, or parts, of a reference

In the following references, note the sequence: the first author’s name is inverted [last name first, then initials]; names of the rest of the authors are not inverted.

Different placement of the year of publication

In the first example, the year follows the authors (mirroring the citations); in the second, the year is moved later, placed between the journal and its volume number.

How papers with hundreds of authors can be cited?

Ensure the following questions are satisfied according to target journal requirements.

The webpages in the reference part can be formatted according to the following formats.

Use the template shown next to construct references for unpublished works.

“Many of the messages presented in respectable scientific publications are, in fact, based on various forms of rumors. Some of these rumors appear so frequently, and in such complex, colorful, and entertaining ways that we can think of them as academic urban legends. The explanation for this phenomenon is usually that authors have lazily, sloppily, or fraudulently employed sources, and peer reviewers and editors have not discovered these weaknesses in the manuscripts during evaluation.”