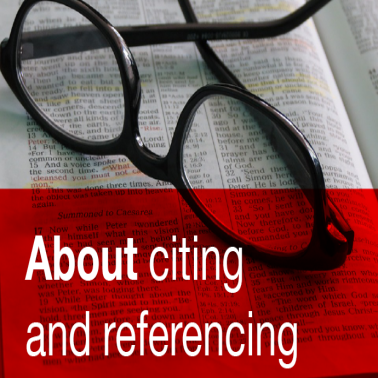 India’s slum population in 2017 is estimated at 104 million, or approximately 9% of the total projected national population of 1.28 billion

Cite, but exclude from references

A misleading chain of citations

Larsson wrote in his paper as,

When unfounded statements are repeated frequently, they tend to be accepted without question: the difficulties in correcting such ‘accepted facts’ are well recognized. The myth from the 1930s that spinach is a rich source of iron was due to misleading information in the original publication: a mal positioned decimal point gavea10-fold overestimate of iron content [29].

Larson cited 29th reference in this paper to make his statement stronger.

Or, better still, as

The myth that spinach is a good source of iron was born in the 1930s, due to a misplaced decimal that put the concentration at ten times the real value (Hamblin 1981, cited in Larsson 1995).

German chemists reinvestigating the iron content of spinach had shown in the 1930s that the original workers had put the decimal point in the wrong place and made a tenfold overestimate of its value. Spinach is no better for you than cabbage, Brussels sprouts, or broccoli.

Unable to find answers to any of my four questions, I sent a personal email to Hamblin, telling him about my fact checking mission and asking if he could possibly provide the original sources of the SPIDES that he mentioned in his 1981 article.

Hamblin replied by email almost immediately. He wrote that he has been asked for this before and that he honestly cannot remember. He said that back in 1981 he had been asked to write a humorous piece by the then editor of the British Medical Journal (BMJ) for its Christmas edition and that he had been asked not to provide references. This is rather an odd account since Hamblin’s (1981) article does in fact contain 13 references to sources, none of which, however, cite the source of the decimal error or 1930’s Germans in the SPIDES. Hamblin rounded off his email with the assurance that he was sure that he had not made it up.

The Hawthorne effect, they concluded, is “ambiguous and disputable” and it is “questionable whether the term has a function any longer in the evaluation of results from intervention research”.

155 of them mis-cited Wickström and Bendix as having affirmed rather than questioned Hawthorne effect.

Authors are responsible for all information in a reference. Editors cannot complete an incomplete reference, and an inaccurate reference “will stand in print as an annoyance to future investigators and a monument to the writer’s carelessness.” (Bruner, 1942, p. 68)

Placing in-text citations within a sentence

Examples for placing citation in different places in text.

Citations are not inventories; do not merely list them

• A common fault is to present citations merely by listing them: avoid the structure ‘Authors + verb + results, as in

• Use the analytical approach, as in

Analytical structure: Understandings of A have changed alongside improvements in testing.